Most people, when they see the word “creative,” immediately think of someone in a beret doing something beautiful with paint, or an inventor in his basement. Most people, faced with the words “creative problem-solving” think of a brainstorm session. The trouble is, most people’s notion of a brainstorming session has no brainstorm at all – maybe a “brain-partly-cloudy” or a “brain-chance-of-precipitation,” but brain-storm? Hardly!
Let me explain: Brainstorms run on ideas, but what most people call brainstorms start out with fewer than 10 ideas in an hour, and most of them wind up being the same 10 ideas, simply because they’re the first 10 ideas people think of. A respectable hour-long brainstorm session should start with 45 ideas, and 55 ideas would be better still.

Why do most brainstorming sessions fall so far short?

Fortunately, there are 3 relatively simple methods to make your brainstorming sessions the kind that trigger civil defense sirens, and these methods also take the Moderator out of the driver’s seat.

For example, I got called in to mentor a new Destination Imagination team a few years back. It was late October, they had been meeting for 7 weeks, and the only agreement they could muster was to meet again the next time. One boy was obsessed with using toast, another wanted to do a murder mystery, another insisted on talking animals, and yet another drew his line in the sand and said “It all has to take place underwater.” While I could easily draw these disparate elements together, that was their job, and each boy held the belief that his own ideas had to be central. So I suggested we start fresh and see if a new set of ideas would be better, only each new idea ended with “OR NOT.” The sheer fun of saying those two words turned a trickle of respectable ideas into a flood of better ones – no one could hold his pet ideas back for later placement while trying to keep up with the others, and the pet ideas ended with the same release-phrase.
Two weeks later they had a tale about secret Mayan magic, complete with an Occasionally-Irritable Scientist, animals who were really good listeners, jokes about “metric electricity” and spherical toast. They stapled their costumes together, re-invented the role of a Greek Chorus, wrote the story via a walk-through technique (that I shamelessly stole) and stopped competing with each other. They wound up with too many props and too much detail, but it was all brilliant.
Think of that success story – insert your faces in the photo – and let the caption read, “Batten down the hatches, there’s a big brainstorm on the way.
About David: 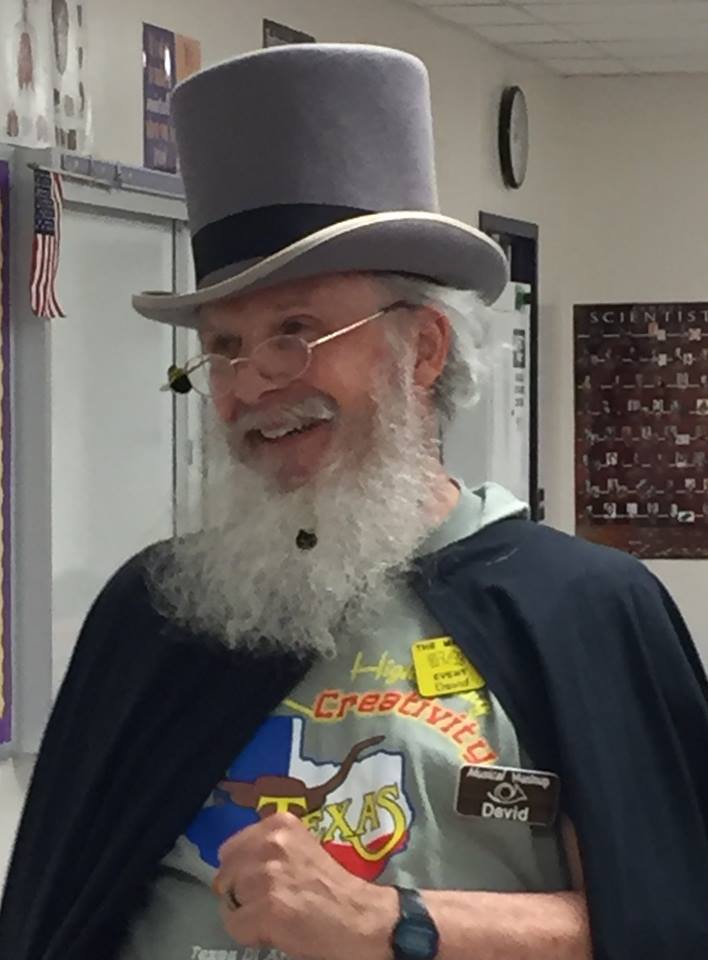 David Lewis is a Dallas-area engraver, writer, speaker, and Team Whisperer. He also works 6 weeks each year as Santa Claus, hence the tendency to refer to himself in the third person.  He loves his volunteer work with Destination Imagination. Destination Imagination, Inc. is a leading educational nonprofit dedicated to teaching students the skills needed to succeed in school, their careers and beyond. They do this by developing project-based learning programs that blend STEM (science, technology, engineering and mathematics) education with the arts and social entrepreneurship. Every year the program impacts more than 150,000 students in 48 states and 30 countries. David has bicycled across the US, Kenny Rogers once opened a concert for him, and he has never been mistaken for Brad Pitt.