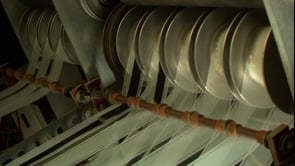 Blogs, Girls and Women in STEM/STEAM 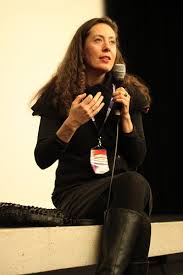 How did you come to be an artist and what are some areas of focus for you?

I was always into art from a very young age, and I was fortunate that my parents encouraged me in this direction. I did my undergraduate studies in Italy focusing on art history and cultural studies. I am particularly inspired by the lesser-known histories, the gaps in the canon, the voices unheard. In the past, I was fascinated by Byzantine image theory and iconoclasm, the ways in which material objects came to embody belief systems. The construction and destruction of objects, sculptures, mechanisms, technologies of reproduction and distribution, are closely related to power structures and notions of ‘otherness’ (which is often construed as the popular, the childish, the feminine, the uneducated). I like to think of my work as a way of paying attention to the ‘other’ lesser heard voice, and quite often this has manifested in my work by looking at some of the achievements of women. In this sense I am keen to make the past speak to the present, and perhaps help to redefine what is worthy of attention. Likewise quite often my films involve close-up encounters revealing the inner-workings of the machine and showing it in a different light. 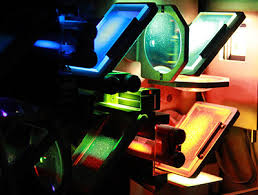 Your exhibit, Her Marks, a Measure, sparked some excellent conversation at the event   An Evening Honoring Women in STEAM, for which talkSTEM partnered with the Dallas Contemporary. Describe your motivation and process behind this exhibition. What questions do you think that parents, teachers, and school leaders should ask as they view this work?

The show at Dallas Contemporary featured two pieces on women’s contributions to early computing, in the fields of astronomy and ballistics. These works were very much intended to mark out a space in which to acknowledge women’s for the most part invisible, unrecognized and underpaid labor. But I was also attempting to address the particular kind of thinking of these women. I’m interested in knowledge production, and although human computers were for the most part given the menial task of collecting and observing data, some of these women contributed original knowledge. 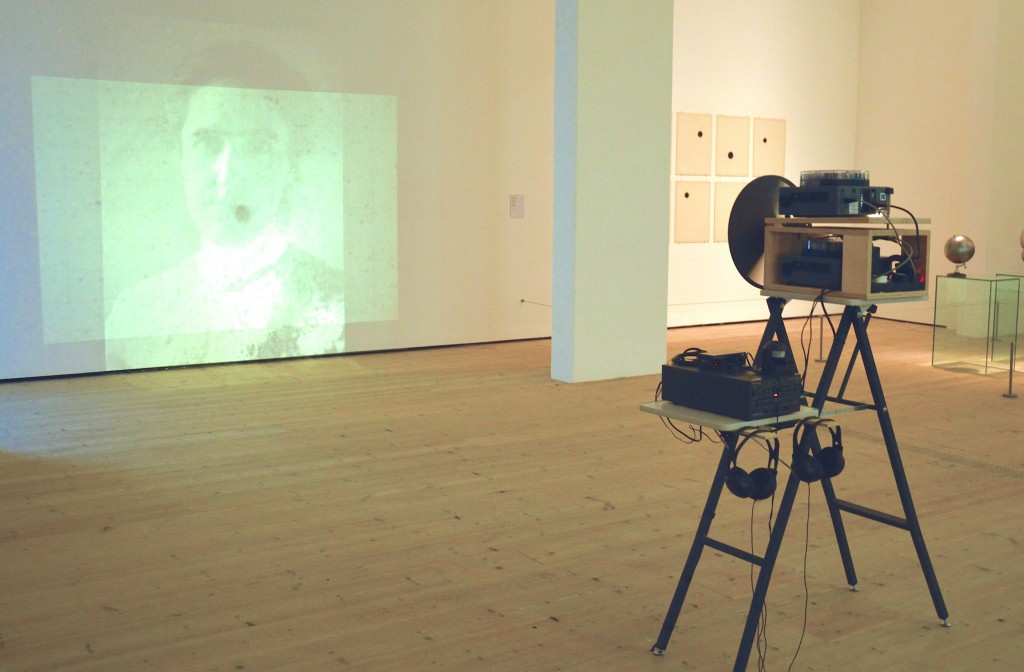 For Her Luminous Distance, Henrietta Swan Levitt (1868-1921) was a key source of inspiration, as one of the human computers who not only calibrated the Harvard Standard for photographic measuring, but also discovered over 2,400 Variable Stars. Maria Mitchell (1818–89) was a professor of astronomy and discovered a comet (named in her honour). The film Between the Bullet and the Hole focused on the women working in early computer programming during WW2. Again, their task was to interpolate the bullet’s trajectory, to mathematically calculate the arc between two known points of data. So for me these projects are a way to pay attention to women’s work, but also in some way evoke the kind of attention or perceptual state they were engaged in.
I hope the show can address the gaps in historical knowledge, work against gender-bias, and inspire a younger generation to aim high and think beyond gendered expectations. For me the work is about asking questions, some of which I don’t have the answer to. The work on ballistics for example opened up to more complex issues around the use of weapons, the abstraction of violence and the ethics of warfare.
Click here to read KERA interview with Justine Ludwig, curator at Dallas Contemporary 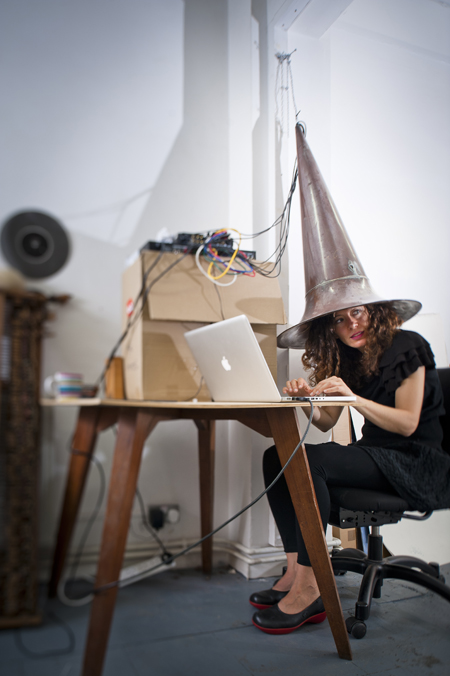 As a parent of a 12 year old girl, what are your hopes for her as they relate to STEAM fields (Science, Technology, Engineering, Art&Design, Math)? Would you like to share anecdotes or experiences as a parent when it comes to science, STEM, or STEAM?

I am very much committed to children of all backgrounds being given equal opportunities to education, and I am hugely inspired by the bravery of someone like Malala, who speaks up for the right to education for girls. Once that basic right is granted, children should be allowed to dream, to hope, and to explore. In many ways some of the women I have looked at were working against their time, way beyond what was expected of them or what they were thought capable of. These unlikely role models are the ones that intrigue me the most. I would hope my daughter can experience freedom of choice, and have the confidence to throw herself into whatever she chooses to do without experiencing prejudice.

Any other works you’ve done that connect with Science or STEM? Please describe.

I have made several projects looking at women composers working with electronic music, or indeed inventing new music technologies and software – for example my films on Daphne Oram and more recently, Laurie Spiegel. For me, their work with music, notation, and sound, is closely related with the idea of creating a voice or writing a code, instantiating a language where perhaps the existing one is somewhat inadequate. Another project centred on Hedy Lamarr, the Hollywood actress who invented frequency hopping in 1941, designed to protect radio-controlled torpedoes from enemy disruption by distributing the signal over many frequencies and synchronising the transmitter and receiver in rapidly changing patterns. This concept has since become the basis for today’s spread-spectrum technology, widely used in wireless telephone and wi-fi technology. I have also made projects which focus on the more anonymous labour of women, from telephone operators to the women hand-colouring film frames in early cinema. 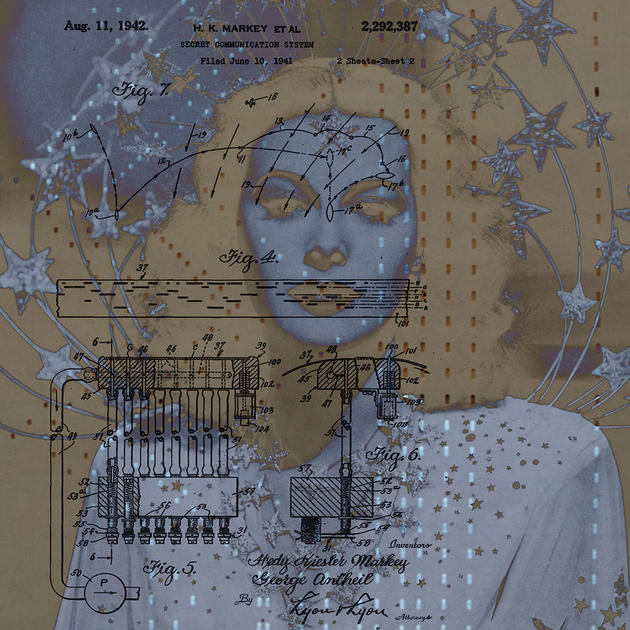 What’s next for you?

Although I have made several projects on women, I also like to flit about and quite often one project leads on to another in unusual trajectories. Sometimes it’s the technology itself that draws me in, and at the moment I am starting to work on a piece about sirens, compositionally as much as historically, though I’m not yet sure if it relates specifically to women. I am keen to explore how the siren structures attention, unsettles the space around it. I am also in the very early stages of thinking about Katherine Burr Blodgett’s invention of non-reflective glass.

Aura Satz  made a collection of films that look closely at sound visualization through various technologies and acoustic devices such as the Chladni plate, the Ruben’s tube, the theremin, mechanical music, phonograph grooves and drawn/optical sound.
Her films engage with the materialist of these technologies and the resulting sound patterns – codes in the act of formation – and how these destabilize paradigms of writing and readership. The camerawork tends to pore over its subject, zooming in visually and acoustically until it becomes abstracted in scale and context and reconfigured to evoke a new anatomy or landscape of sorts, an architectural structure, or a writing system.
She is particularly interested in technologies, which are on the cusp of invention or obsolescence, at the point in time when their purpose, their ergonomic relationship to bodies, and the ways in which they might be modelled on physical or psychic human functions are at their most unstable.
Aura Satz taught widely in art schools across the UK at BA, MA and PhD level. This included posts at the London Consortium (2005–13), University of Kent, Goldsmith’s College, University of London, Chelsea College of Art & Design, Camberwell College of Arts, Central Saint Martins College of Art & Design, the Slade School of Fine Art, London College of Communication, the Royal Academy of Arts, amongst others.  She has spoken internationally and coordinated workshops and tutorials for students on the MA in Media Design & Communication a the Piet Zwart Institute in Rotterdam (Netherlands), the MA course at the Bergen Academy of Art and Design (Norway), the Pratt Institute, School of Visual Arts, Gallatin School of Individualised Study at NYU and the New School (New York).  She is engaged in a wide body of research.
Interview with Aura (approx 2min)

Selected Solo Exhibitions and Performances include: