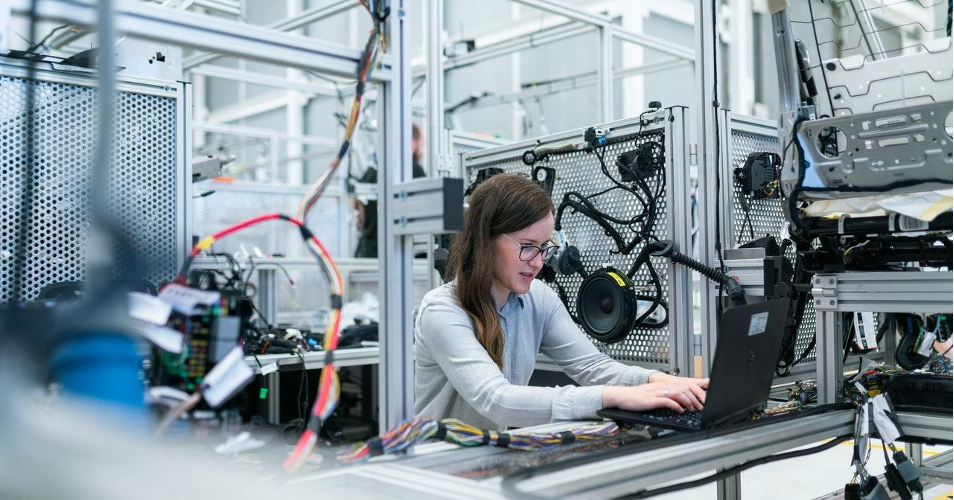 The Importance of Diversity in the STEM field

The rise of our digital landscape has not just provided convenience, it has also represented incredible international career opportunities in science, technology, engineering, and mathematics (STEM) fields. Among the many benefits that this shift has provided is the increased accessibility to knowledge and tools for global contributors.

Yet, this makes the continued disparity in the demographics of people in STEM professions all the more frustrating. While there is some headway being made — most often through networking opportunities and initiatives led by women and people of color — there is still a long way to go. To achieve the level of equality that is truly beneficial for our society’s ability to advance, there has to be both an awareness of the causes of disparity and a mutual commitment for all contributors to work toward solutions.

Let’s take a closer look at why this inequality is still prevalent and what the benefits of greater diversity in STEM are.

The Problem of White Male Dominance

Part of the problem is that too many people in the industry aren’t acknowledging there is one in the first place — which, let’s face it, is a big hurdle to addressing it in any meaningful way. While there is certainly an argument to be made that this is largely based on historical attitudes and the continuance of white men from prior generations that dominate leadership roles, that isn’t the crux of the issue.

One recent study of college STEM students found that white males were largely not aware of the impact of gender or race on the pursuit of a degree. Yet, the study showed that black women frequently stated that both gender and race significantly impacted their college STEM experience. Indeed, even when there was acknowledgment from white males as to race and gender impact, it was often not considered systemic but rather misinformed ideas such as women and minorities aren’t as interested in sciences.

We also can’t ignore the fact that part of the problem is not just ignorance, but systemic racial and gender prejudice. There has been a long history of girls and Black students dissuaded from pursuing STEM fields due to the perspective that these demographics aren’t suited to the vigorous standards of work, or have nothing to contribute.

Certainly, this comes from outdated stereotypes that are gradually being worn away, but it is also exacerbated by those who are teaching STEM courses. The theory of science as a white property asserts that there is a relationship between the presence of teachers of diverse races and gender and the tendency for more diverse learners to engage with STEM subjects. In short, representation matters when breaking this cycle of conscious and unconscious prejudice in STEM fields.

This also points to the problems inherent in monocultural education. STEM careers don’t just rely on traditional teachers — they thrive through mentorships. When the leadership positions in the fields are largely dominated by white men, this means that the majority of mentors are generally going to represent this demographic. That doesn’t mean to say that these mentors won’t take on more diverse mentees. Rather, the issues lie in their inability to share perspectives on the experiences that more diverse newcomers into the industry face or provide useful insights into how to overcome their challenges and build toward meaningful career development.

The Imperative for Diversity

There really should be no argument that there should be a more diverse makeup of STEM contributors. From a simple ethical perspective, perpetuating a system that is designed to prioritize any single segment of the population is extremely problematic. This hurts already marginalized populations from a social, economic, cultural, and psychological perspective. But even aside from the ethical issues, there are reasons that we have an urgent need to encourage greater diversity in STEM fields.

Among the most striking is the inescapable fact that tackling STEM challenges from a single monocultural perspective is actively harming people’s lives. In medicine, diagnoses and treatments can be subjective — how conditions present, what symptoms occur, and treatments that are effective in male patients are not always reflected in female patients. Indeed, there is a problem of male doctors misdiagnosing female patients for this reason. This means to limit the damage and delays that this can cause, there need to be more diverse physicians, researchers, and medical technologists that have personal insights into a wider range of experiences.

According to one resource, though there is rising female representation in the medical field, even dominating disciplines such as gynecology and pediatrics, there is still severe disparity, with only 37% of academic physicians being women. Again, this is due to a variety of causes; imposter syndrome and lack of mentorship opportunities among them. But this is resulting in poor access to quality healthcare for women.

There is also a social imperative concerning innovation. We know that a rich diversity of contributors helps to provide better problem solving due to the variety of perspectives that are present. Contributors’ backgrounds, interests, and personal challenges affect the way they have navigated the world, and this feeds into the ideas they present and the solutions they offer. By failing to make STEM more accessible to people with disabilities, to more women, to those from different socioeconomic backgrounds we are in effect truncating our advancement.

The Road to Improvement

The potential for solutions is vast, which can seem overwhelming. Among the most important are those revolving around either making certain diverse students can engage with appropriate courses and mentors. It can help to look toward positive examples already existing. The computer science field is one of the fastest-growing, with one report stating the demand for employees with a degree in the area expected to increase by 12% between 2018 and 2028. There is also expected to be a shortage of professionals in this field, so industry leaders are making efforts to attract and support people from diverse backgrounds. Aside from accessible degree programs, the IT industry has also been instrumental in creating coding camps aimed at and subsidized for women and Black students.

When it comes to STEM education, much of the work must be focused on reform. There needs to be greater emphasis on shifting attitudes of those who are unable or unwilling to see the prejudice in their midst. We need to dig into those systemic biases that stand in the way of a more varied contributor base and address them head-on. Universities and businesses need to be more accountable for their failure to bring greater representation into teaching and leadership roles so that there are those positive knock-on effects to encourage more diverse students with professors and mentors that provide relevant insights.

It is not news that there is a serious deficit of diversity in STEM. Yet, the dominance of white males in these fields is holding our society back from advancing in some really exciting areas, and in some cases is actively damaging a proportion of the population. It would be untrue to say there are no easy solutions — it is simply to improve representation across all STEM fields. The true hurdles to this are a society that is built on a long history of prejudice and ignorance of the issues.

Indiana Lee is a writer and journalist from the Pacific Northwest with a passion for covering workplace issues, social justice, environmental conservation, and more. You can follow her work on Contently (https://indianaleewrites.contently.com/), or on twitter @indianalee3.