A STEMester in the Right Direction by Margaret McEwen

This year I held a STEMester for my eighth grade science students at Parish Episcopal school. After a trimester of chemistry topics, and a trimester of studying the intricacies of forces and motion, students had the opportunity to spend seven weeks working with their hands and fashioning an Engineering Design Log Book to record the process they used to build and redesign their products: mousetrap cars, catapults, and egg drop containers. An additional option was offered to do one or two more projects as a final exam option.

Parish began the journey into serious STEM work five years ago, with the addition of a STEM Director, Jenn Makins,  and a four thousand square foot Design Den space. Along with this
magnificent space, faculty began designing and implementing STEM enrichment classes for our students. Our Lower School Campus was gifted by a parent a STEM center of their own. At  Parish STEM begins in pre-K and continues until grade 12.
The eighth graders go to Washington, D. C.  in mid-March and then have a week of spring break. When they return trimester three begins. This year I planned all the STEM projects for this trimester. This is a tough time of year of middle school students who are anxious to being their high school experience. Keeping them challenged and engaged in the work  until the end of  May is essential.

I began by having the students create an Engineering Design Lab Book.  Previous to this year I had students journal their way through the STEM projects. The quality of the journals varied, even though I required daily entries  and redesign information. These projects also required an information sheet with a picture and stats for the finished product.  The Engineering Design Notebook is used by the STEM enrichment classes, so I decided to mirror what was going on there in science class.  Rather than use the same design, I did some research and found some designs online I liked for my eighth graders.
Every student was required to produce their own notebook for grading although they worked in teams on the mousetrap cars.  After the mousetrap cars students built catapults. Instead of a notebook here, students had a series of pre, post, and design challenge questions to discuss and answer along with a data sheet.  They filled these out as a team. One group decided to test their catapult only for accuracy and precision, rather than just distance, and they designed a data sheet to record their results. The sheet is so well done I plan on using it next year as part of this project! The fact that this project spurred these two students to extend their learning by uncovering a different type of information and  base their design and testing  process on this is exactly what STEM is for, stimulating new ideas and ways of doing things. Neither of these students had ever taken a STEM enrichment class before so this was very gratifying.

The final required project was an egg drop challenge. This project differed greatly from the first two and no supplies or instructions were available for the students to
use. They even had to decide their own challenge goal. They could work as a team or by themselves on this one, and once again had to use the established Engineering Design Notebook to chronicle the process. Teams could submit one notebook for grading purposes.  For this one project I allowed students to work outside of class time and with peers in other sections.
The students were actively engaged in all this work for seven weeks straight.  As they finished one project, I allowed them to move forward at their own pace to the next one.  Everyone was done by the date we had set to allow enough time for them to prepare for the final exam project. More than half of the class chose to do another STEM project for this assignment.  This demonstrates to me that the engagement STEM provides is well worth the time, effort, and money it takes to provide students with this opportunity.  One of the  benefit of doing the projects all in one trimester was that students had completed their look at the concepts of forces and motion and could use this language in their responses to the things occurring during their design, redesign,  and testing  processes.  The other benefit came in the form of student engagement at a difficult time of year.

As my school moves toward competency based grading, the STEMester idea provides a perfect opportunity to actively support the use of the STEM competencies created by this department in my curriculum map.  We completed the science competencies in trimesters one and two.  Rather than taking time out of  or reducing objectives covered during class time, this idea focused me  for planning purposes all year, and gave the students something to look forward to during a time of year when focus is difficult.  Making STEM and integral part of the eighth grade science curriculum has spurred  and stimulated student curiosity and engagement in the physics topics. 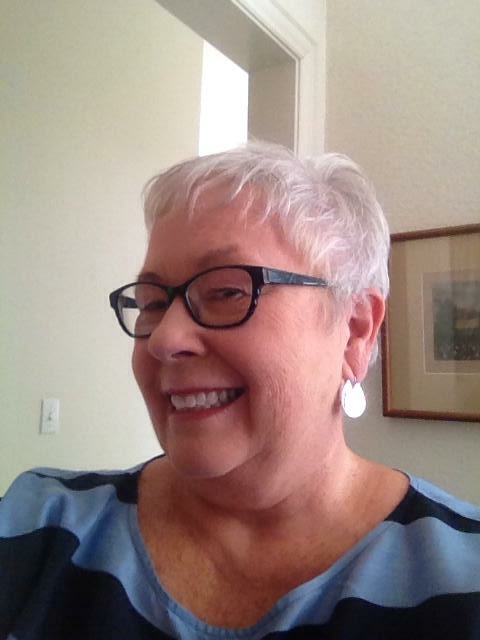 About Margaret:
Margaret McEwen is a teacher at Parish Episcopal School in Dallas and wrote for talkSTEM in 2015. Her B.S. in biology is from SUNY Brockport and her MLA degree is from TCU. She taught middle school and high school science for over 20 years. A former medical technologist, her love of teaching and all things science was spawned by an incredible teacher she had in high school, Charles Collins. She seeks to make science an active part of her student’s lives by exposing them to science as it exists in their daily lives. Margaret firmly believes science is revealed by doing, and students in her classes have opportunities to personalize their learning. She was instrumental in bringing STEM into the middle school science curriculum at her current school. Follow her professional life on Twitter @MMMcEwen