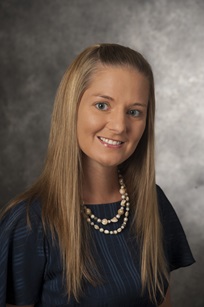 This is Part II of my conversation with Prof. Candace Walkington, math education researcher at Southern Methodist university, in Dallas, TX.   Candace shared a little about some very interesting research she is doing on learning math and body movement.

Here is how she described her research into body-based action:

Some of the interventions I conduct have people make motions with their bodies or their hands that are mathematical in nature like make a triangle or making cross lines with their hands. We looked at the impact of having the learners make those motions. In our biggest study, we had one group make relevant motions and we had our control group make similar motions that were not mathematical, and they then both did the same tasks. The experimental group was not told the motions they were making were mathematical. We just told them they were going to do some stretching before we did this study. They did these motions for about 60 seconds and spent about 5 minutes on the task that followed. For example, the control group made lines with their hands and arms and the experimental group made triangles. The task they were then asked to do was to consider the conjecture: the sum of 2 sides of a triangle must always be greater than the remaining side. They had to provide justification for their answer. We found that even without conscious awareness, the experimental group still did the tasks better had they done the mathematical motions rather than the control group motions.
We found that doing the motions improved their problem solving. We had a problem about gears and they would make rotating motions or not rotating motions. We had a conjecture about lines that cross each other. We had one about a quadrilateral inscribed in a circle and they made motions that related to the angles in a quadrilateral. Our interest now is extending this work to the recent technology of laptops that have cameras that can capture motion and that can assess whether the motion is desirable. PBS Kids websites have games that uses camera to capture kids motion. It seems very natural to apply this to mathematics given our results. So we had games in the computer that asked the kids to make mathematical motions and then check if the student actually made them to allow them to advance in the game essentially as they solve problems. We are currently developing a laptop motion capture game called “The Mystics” that teaches geometry concepts, which will likely be utilized for educational research.
We also look at the gestures that a teacher makes while she is teaching. Studies show that there are large effects of using certain kinds of gestures on learning outcomes. Teachers are usually very fascinated by that because a lot have never thought about their gestures. Math teachers have to gesture all the time. They’ll make the line, they’ll make the triangle, they’ll use their whole body sometimes to try to get these kids engaged and to make concepts more concrete.   They’re not really consciously aware that they’re doing it. They are also not aware that if you do it more or do it in certain ways, students can learn more. There are also misleading gestures that communicate incorrect mathematical information. Teachers don’t like the idea of students sitting at their desks and being inactive so they generally like the idea of getting students up and engaging them in that way. There’s a number of studies now showing the benefits of these mathematically specific actions but we’re still in the psychology/ educational psychology realm and not quite in the teacher practice world yet. We probably have farther to go before we have results that directly translate into teacher practice.

What advice do you have for parents who want to make sure that their children learn math?
There are a lot of after school clubs that use these discovery approaches to teaching STEM (robotics clubs, gardening clubs). At the Perot Museum of Nature and Science and at the Dallas Arboretum, there are great STEM concepts in use. Giving students this type of enrichment in out of school experiences is important. Research shows that the enrichment experience is effective if there is someone there who can connect it explicitly to the school-based knowledge. It’s difficult but we need to pay attention to the need for these connections.
This need for explicit connection is truly critical in my opinion in not only math learning but in most STEM tasks.  If you consider that the culture of school and of school science or school STEM is distinctive, then it makes sense that students, like new visitors to a foreign land, may need some explicit direction or reminders that they have seen similar sights before.  Glen Aikenhead, a science education researcher, writes beautifully about the need for border crossing.  Here’s an excerpt from one of his papers:
Science seems foreign to the vast majority of students in school science, whether they live in Western or non- Western communities.  This foreignness arises from: differences between students’ life-world cultures and the culture generally embraced by the scientific community, differences between a student’s worldview and the worldview commonly conveyed by Western science, and differences between the social contexts of learning science knowledge and the contexts of using that knowledge.

My conversation with Candace included her thoughts about out of school math programs such as Kumon and Singapore Math:
Doing drill problems at school and then coming home to do more drill problems is problematic. A drill problem doesn’t necessarily have to be a drill problem if approached in the right way so it’s really a lot about the questioning that’s done around the problem and not being satisfied with a child just implementing a procedure they don’t understand. Asking them why they’re doing it, why they didn’t do it a different way – these questions can change the nature of the exercise.
I asked Candace for good resources for parents interested in working with their children on math outside of school:  Number talks (for grades 1-8) – are 5 minutes or so each and teach kids about the commutative property or the associative property. There are also intelligent tutoring systems that can be used outside of school. Research on them is quite good but they are better for skill development rather than development of deeper understanding. Cognitive Tutor Series is one that is backed up by research. It can provide support and feedback to the student in a moment but it is not going to make an inventive problem solver out of anyone. That’s why getting those other more authentic experiences is important.

Dr. Candace Walkington is an Assistant Professor in Teaching and Learning at Southern Methodist University, specializing in mathematics education. She holds a B.S. and M.S. in Mathematics from Texas A&M University, and she is a former NSF-GK12 Fellow and college mathematics professor. She received her Ph.D. in Mathematics Education from University of Texas at Austin.
Click here to see Candace’s website