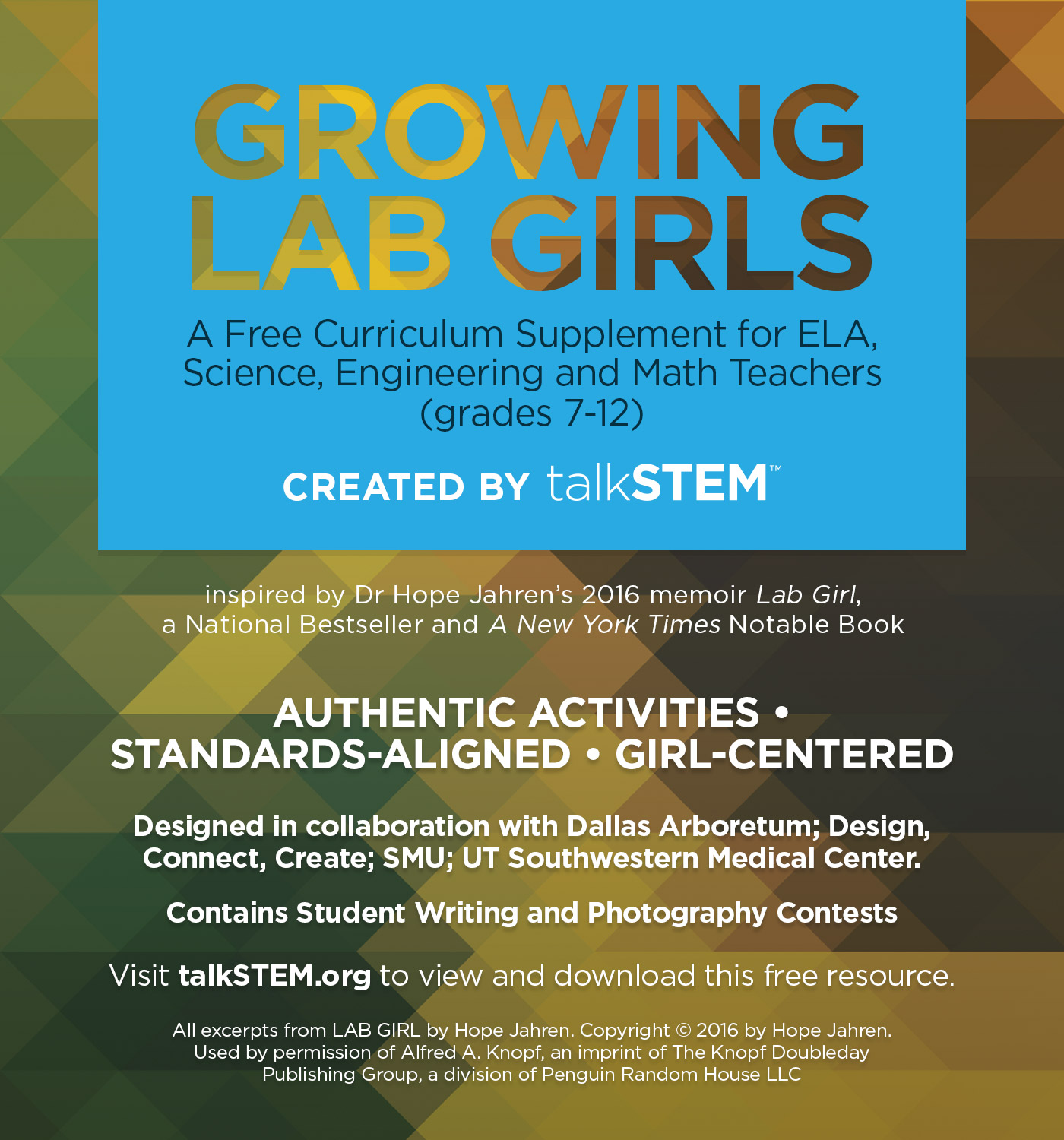 We are excited to announce the winners for our Growing Lab Girls contest! Just a quick recap, the Growing Lab Girls contest had two categories. One contest was a personal science writing activity, where the girls were to write about a scientific investigation or lab that they did in a class. Contestants had to express what the did and why and then there thinking as they were doing it. The inspiration for this contest was Dr Jahren’s highly engaging and personal writing in Lab Girl.  Contest participants were invited to include their experience, wonderings, confusions, new questions and connections to other parts of their life.
The second contest was a plant photography activity. Each contestant had to take a picture of any parts of a plant – roots, leaves, wood, knots, flowers, fruit or other. From there, they had to choose a phrase or sentence from Jahren’s book as a caption for their picture. Then they had to write a sentence explaining why they chose that phrase as their caption.
Each contest was based on three different categories and the judge was none other than Anna Kuchment, a science journalist at the Dallas Morning News.
Thank you to all contest participants, their teachers, and to Anna! 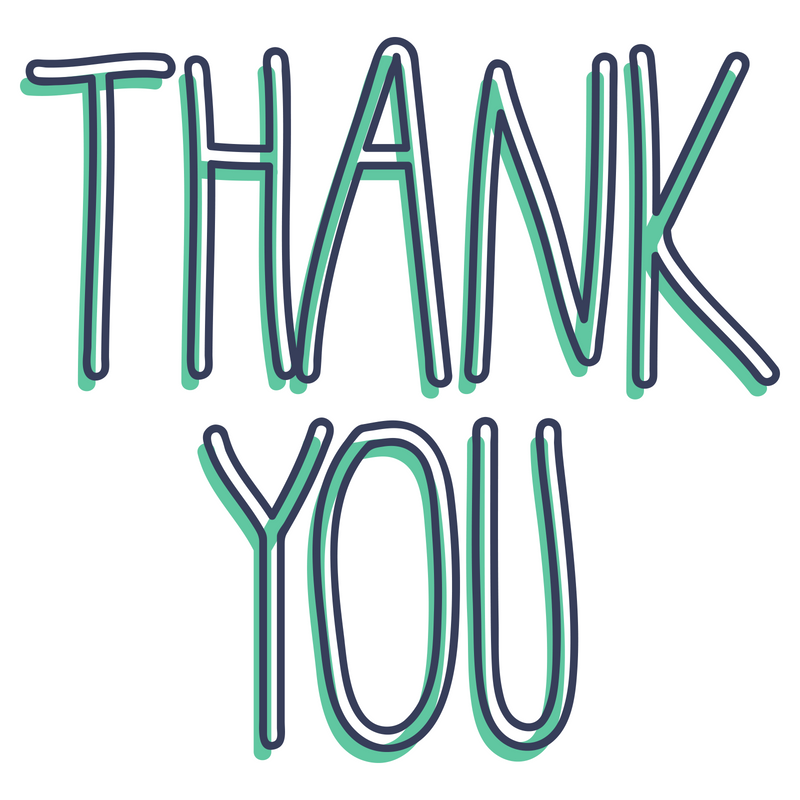 Rebecca is an 8th grader at McMillan Junior High School. You can read here personal writing here:
At the beginning of the school year I was concerned about being in a STEM class because it
was a male dominated field. I was scared that I would not be better than the boys and that they
would not want to work with me. When I walked into class on the first day of school I was
surprised to see that there were 5 girls. This surprised me because I thought that there would
only be 2-3 girls in my class. For the first couple of weeks I shied away from people because I
was scared that I wouldn’t be good enough for them, so I kept to myself. Every day I came into
this class wondering what we would be doing because we were always learning something new.
The first project we did in this class was the 3D model of the room. Building a 3D model
of the room was going to be a group project which I was dreading because I didn’t know many
people in my class. Since most of my class was boys I was in a group with one guy. The person
I was partnered with did not really help out much so I did most of the work. When doing the
measurements, I was very uncertain if I had done them correctly. With the uncertainty of having
done the measurements wrong, I checked my measurements with a friend. When it came up
that we had gotten the same measurements I felt that I was able to do things with confidence
now. With the reassurance that I had done the measurements correctly I began to convert the
measurements to the scale that we would be using to build the model. As I continued converting
the measurements, I started to wonder how I would be able to make the model with only the 6-7
file folders we were provided.
After converting all the measurements, I went forth with marking it on the file folders.
Once it was all marked on the folder, I doubled checked the markings before proceeding to cut it
out. With the confidence that I had marked the file folders correctly I began to cut it out. Walls
were the hardest to assemble because I was putting the model together by myself so I had to
lay one of walls down, put hot glue on the other one, then grab the other one and merge the two
walls together before the hot glue dried. During the stage of the project I became very frustrated
because everyone had help and were much further ahead than me. I was frustrated at my
partner, but I was more frustrated with myself than anything else. I wondered why my partner
was helping me. Was I not a good partner? Was I too controlling? What was I doing wrong?
These questions were constantly running threw my heading making me question my self-worth
and it destroyed my confidence.
Since being down about what I was doing wrong, I being to slack on my work meaning I
was getting further behind. Realizing that I was falling even more behind I started to rush. This
caused my project to become sloppy and look like I made with half effort, which I kind of did.
When I was “finished” she graded it and said that we, even though I did most of the work, had
received an 85. I understood why we had gotten that grade, but I knew that I could have done
better. Mrs. Robertson was kind enough to let the people that wanted to improve their grade
come in before or after school to make changes to their model.
At first, I was very hesitant to come in to make changes since I had done most of the
work. I hoped, that since finding out our grade, my partner would come in to make some
changes them self. My partner never came in to make adjustments, so after school one day I
went in to make the modifications myself. I ended up being at school till 7 that day, trying to
improve my grade. With the improvements to the model I was able to bring the grade up from a
85 to a 95, so we got another 10 points. At the end of this project, I learned that not everyone
has the same work ethic as me and that I should not always rely on a partner. The most
important thing I learned is that I will not tear myself down just because I had a partner that was
lazy or decided to want to not do anything.
This project made me thinking of many things and wonder somethings too. I wondered
how someone could use this in real life, but after I thought about how someone could use this in
the real world, I realized that if someone wanted to be an architect or even just remodel their
house it is helpful to have a 3D model and know how to build one. I also learned the fact that
doing things by yourself can be very frustrating, so having someone who can help you when you
get mad is a big help. I am glad that my teacher Joanna Robertson was there to help me when I
got upset or frustrated. Mrs. Robertson is the kindest and sweetest teacher I have ever met.
She cares about her students like they are her own kids and I love that about her. When
someone is struggling with something she makes sure that she helps them understand. I am
glad that I chose to be in STEM, for it has given to me a challenge and is a class I am able to be
myself in.” 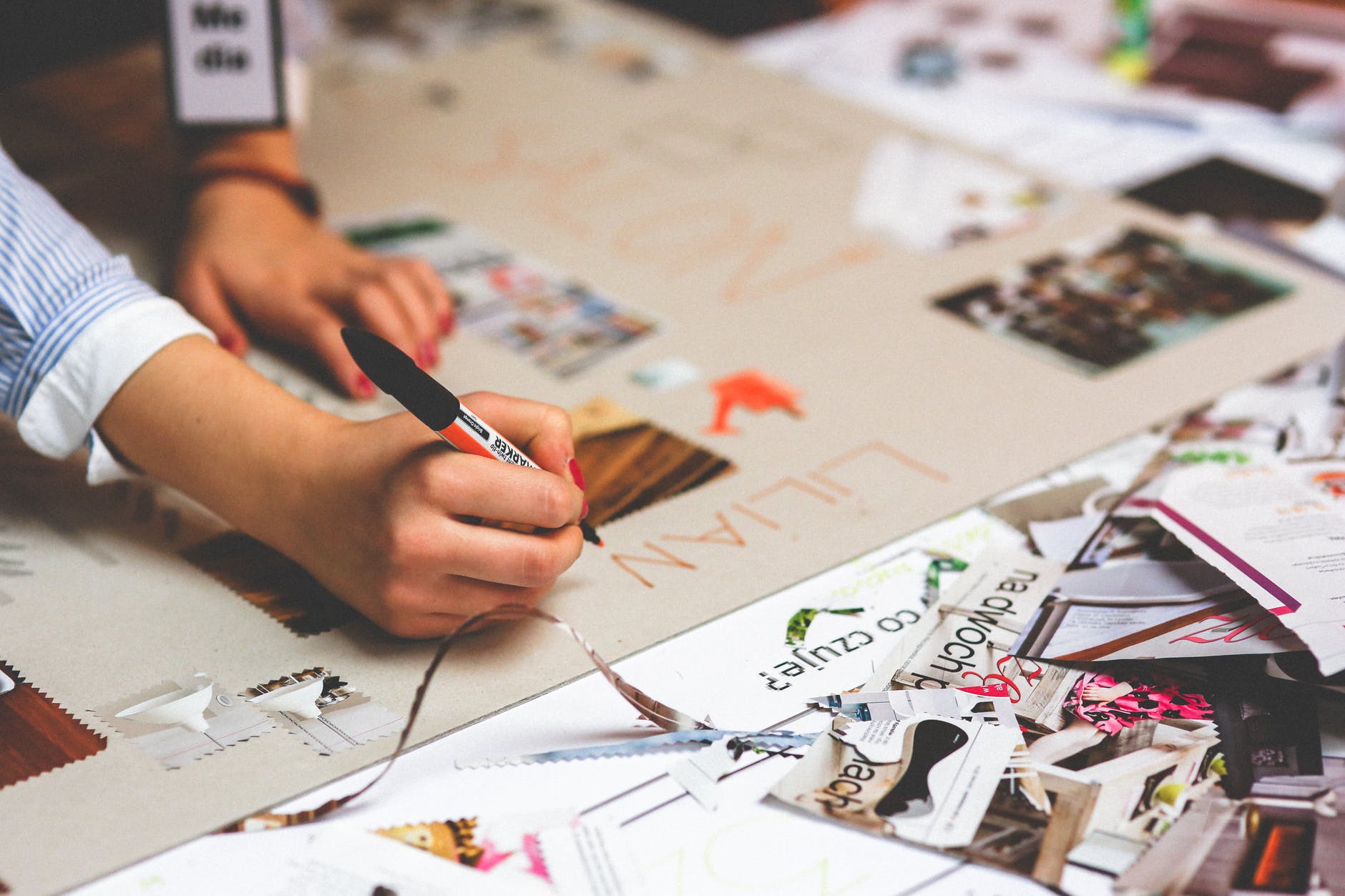 Winner of the My Plant Photography Contest: Maya Masters-Fairman! 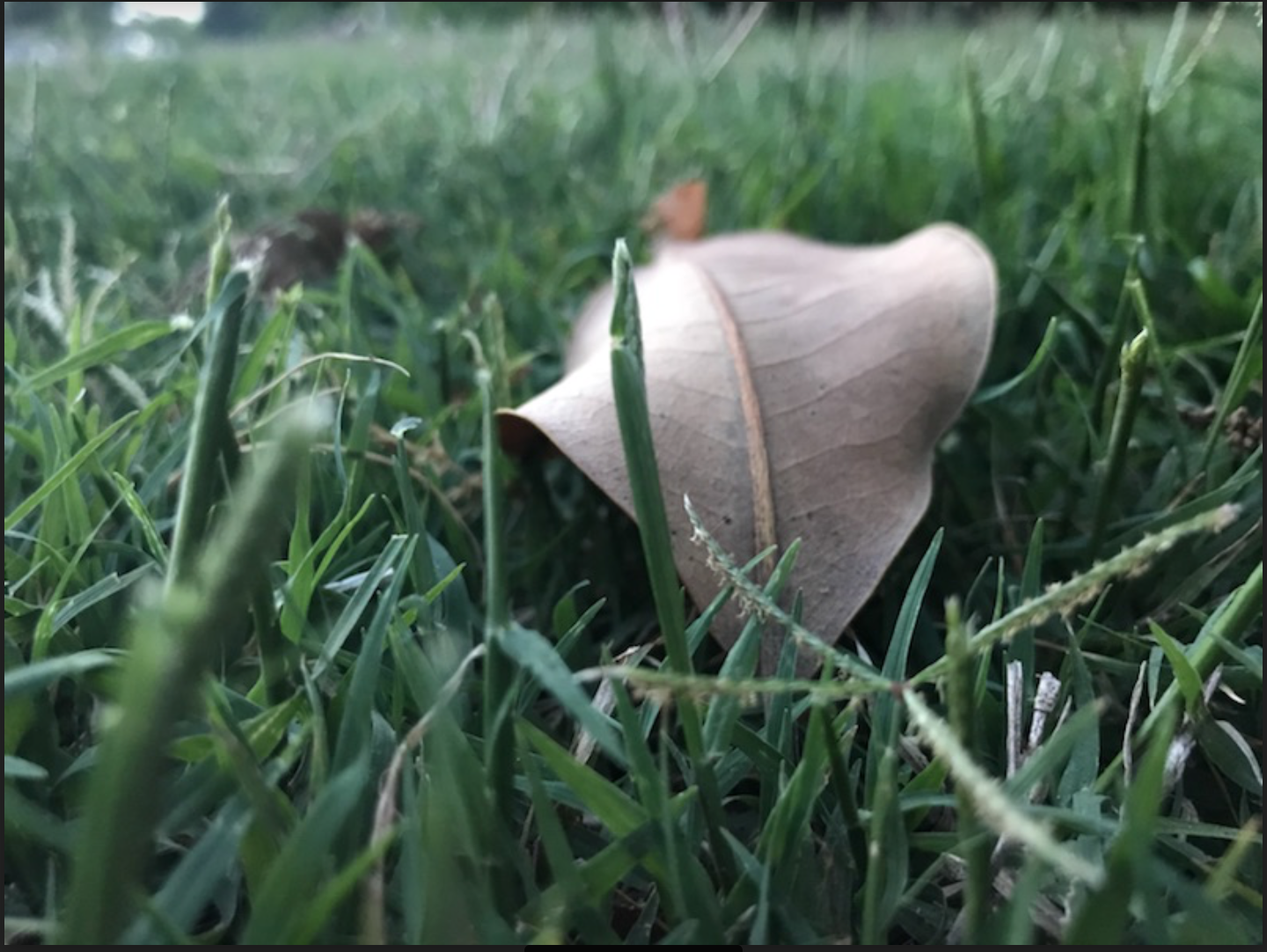 “People don’t know how to make a leaf, but they know how to destroy one.” (Jahren, page 4)

“The reason I chose this quote for my picture is that I love nature photography so much and the idea that perspective changes everything, and using my photos, I hope people will learn to look at things from a new angle and appreciate nature in a way they didn’t before.”
Thank you to everyone who entered our contest, you all did a marvellous job! You can read some excerpts from the other contestants’ writing soon – stay tuned .  Please look out for our fall contest dates and keep up to date with our events and all things STEM by following us on Facebook, Twitter and Instagram!